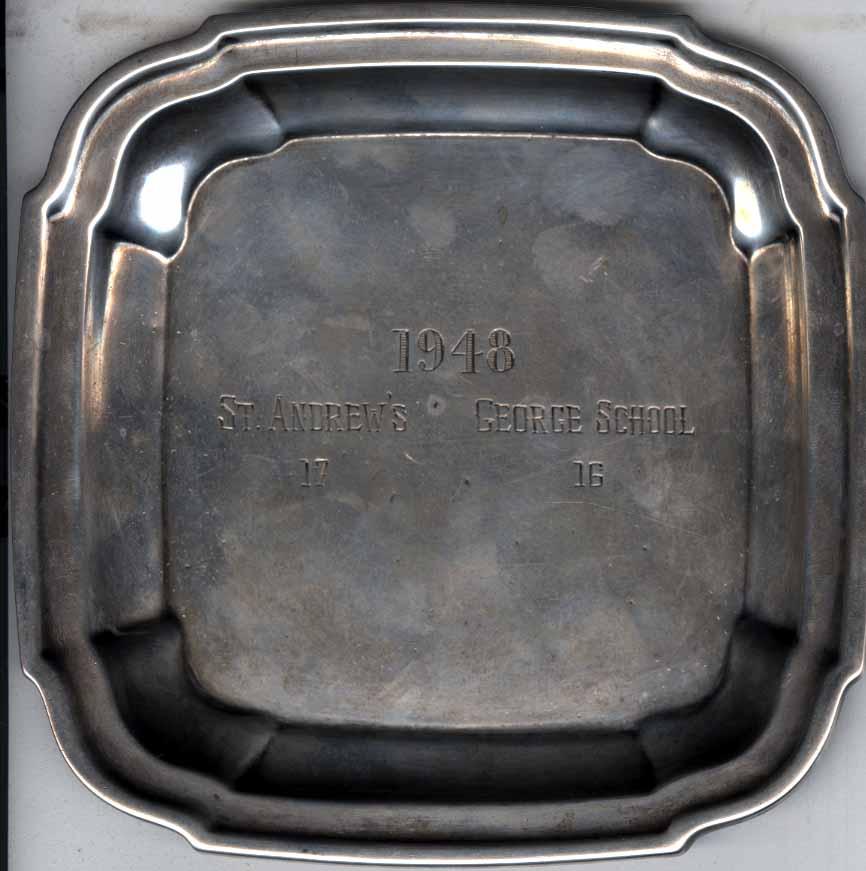 Title
Wrestling Tray
Date
Decade
1940s
Notes
This silver tray was presented to Bill "Bull" Cameron by the wrestling team after the 1947 - 1948 wrestling season. It is engraved with the following: "1948/ St. Andrew's 17/ George School 16." For the first time in 11 contests, the matmen defeated the George School team 17-16. A piece that appeared in the Spring 2007 SAS Magazine written by team captain Henry Herndon '48 describes the rivalry between the two teams, "In 1948, the wrestling team once again faced the George School for, as I recall, the 11th time, SAS having lost the prior 10 matches. We were not the greatest wrestlers among area schoolboys but it was a team of gamers. Coach Cameron knew both us and our opponents well, and it was clear from the outset of the match that this would be an uphill struggle, but it was also a match we could win." To see the complete article, click on the Related Items link below marked Spring Magazine 2007.
View Full Size
Copyright Information
Back to Results
Related Items 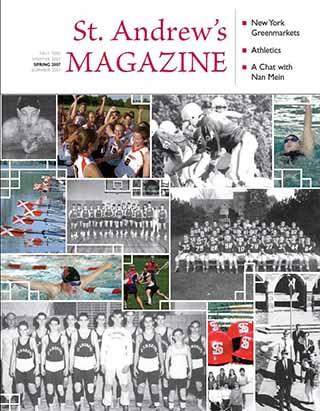