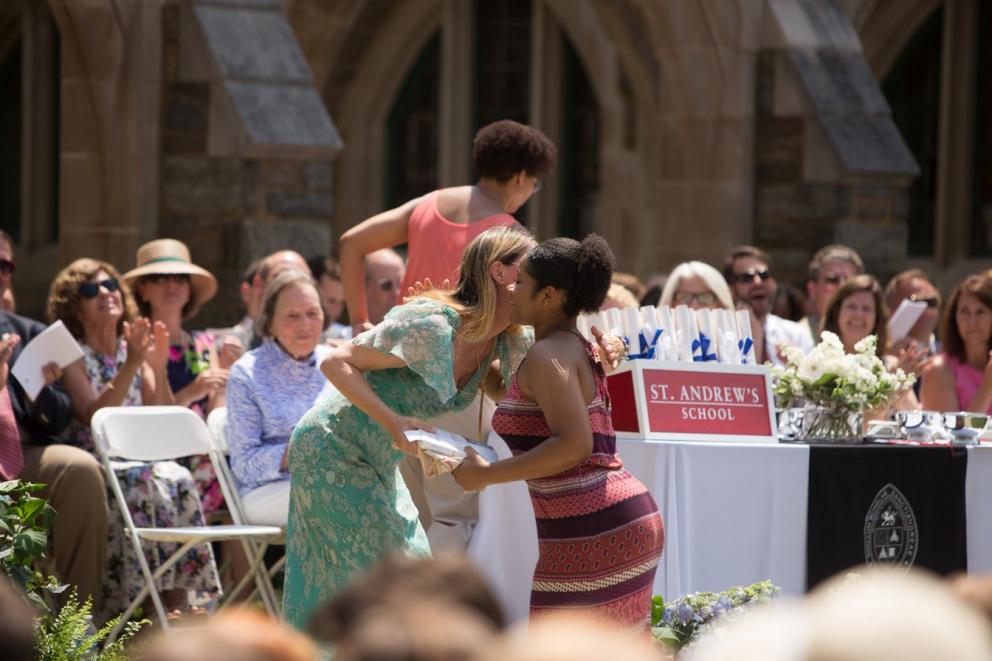 Title
The Robert T. Jordan Award 2018
Date
Author/Photographer
Eden Rickolt
Decade
2010s
Notes
The Robert T. Jordan Award given by his classmates and former teachers at St. Andrew's in memory of Robert T. Jordan, Class of 1986, who died September 11, 2001 in the World Trade Center attack, to the IV Form boy and girl who display the qualities that made Robert so memorable and distinctive: a love of humanity, an appreciation of friendship, a willful perseverance and resolve amidst adversity and opportunity, a unique and refreshing perspective on life and all its possibilities. The 2017 Robert T. Jordan Award was awarded to William Richard Ewles '20 and Stephanie Tanoh '20.
View Full Size
Copyright Information
Back to Results