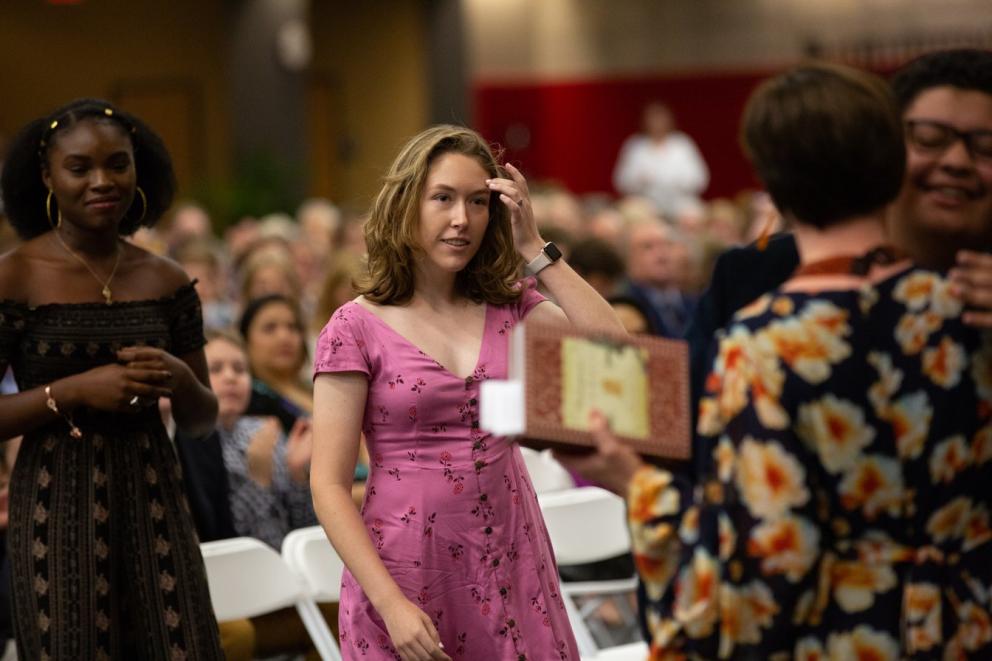 Title
The Drama Prize 2019
Date
Author/Photographer
Matt Troutman
Decade
2010s
Notes
The Drama Prize is awarded in memory of John Fletcher Hinnant, Jr., Class of 1953, to the student who has made the most significant contribution to the Theater Program in effort, creativity, and technique, and have shown exceptional artistic growth as an actor. The 2019 Drama Prize was awarded to Austin Brannan, Story Hentoff, Bilal Morsi, and Cristle Ike.
View Full Size
Copyright Information
Back to Results