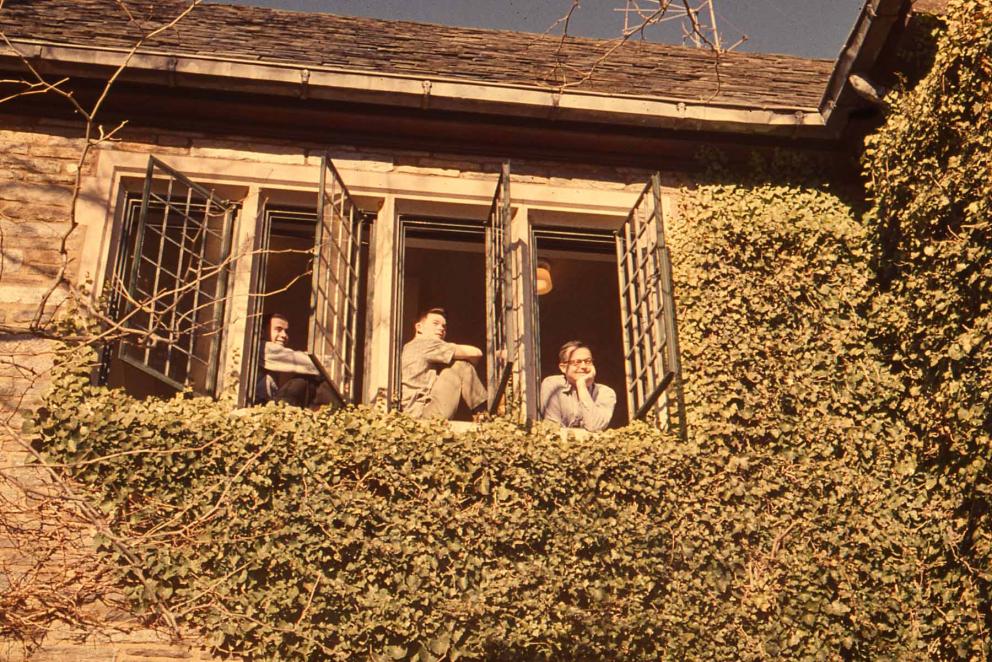 Title
Boys Sitting in Window
Date
Decade
1960s
Notes
This photo was identified by Andrew Ringle '66. "The master in the right-hand window is "Uncle" George Broadbent." George Broadbent '41 returned to St. Andrew's to teach Latin and History from 1949 to 1971. The two boys in the window was identified by Kent Hughes '63 (from left to right) as Cap Roberts '62 and Charlie Murphy '62, who were the Dormitory Supervisors of the South Dorm (now know as the Hillier Dorm) in their VI Form year. "Uncle George" was the advisor to their class, who lived just outside the entrance to the dorm.
View Full Size
Copyright Information
Back to Results